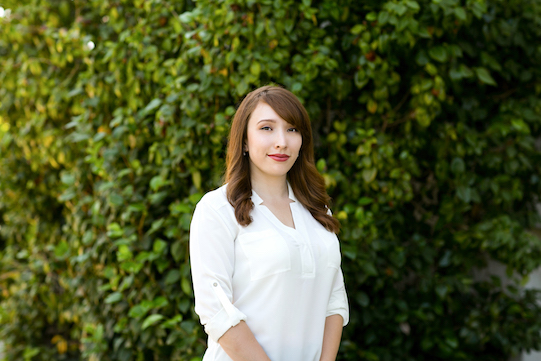 Jasmin Gómez is an LA native and graduated from Loyola Marymount University in 2016 with a Bachelors in English (with an emphasis in Creative Writing), as well as a Studio Arts minor (with an emphasis in Graphic Design). She's currently the Designer and Digital Specialist for Enrollment Management as their in-house graphic designer, serving a total of ten departments. She designs as well as manages the production and timely delivery of over 200 pieces a year. Versed in informational design, she also creates the occasional illustration for more lively pieces like Snapchat filters or app icons. Though design is her first love, Jasmin is also very keen in html and oversees all ten departmental websites and has also successfully created and launched two lmu.edu websites. Her hobbies include: photography, brush lettering, writing poetry, and reading.